“…Frida Kahlo teaches a painting class. If there’s anything tying together the work in the fourth annual ‘Songs From Coconut Hill Latino Playwrights Festival’, it’s definitely not the subject matter…the two-week run at the lower East Side’s Teatro La Tea demonstrates the breadth of the Latino experience…Marian Licha’s script, ‘Frida Vice-Versa,’ co-authored with R. Dennis Green…The Washington, D.C., scribe is thrilled to have her one-woman show about Frida Kahlo produced in the country’s capital of theater.”

Fidel in NYC? A Latin Uni-vision 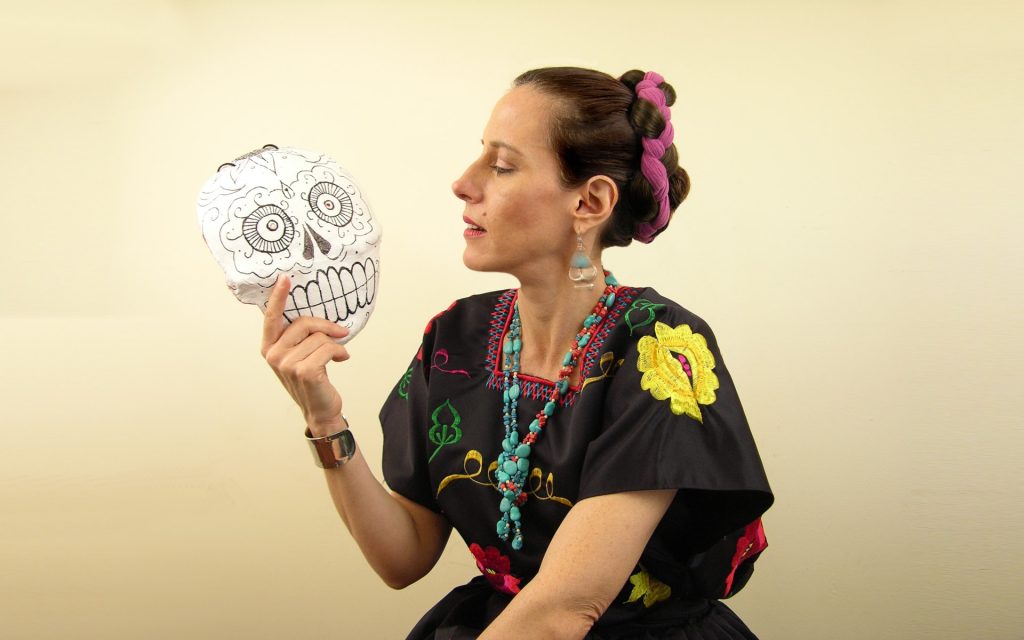 “Marian Licha portrays the true essence of each character in Frida Vice-Versa. Her performance is stunning and cleverly approached.”

“Our audiences loved Frida Vice-Versa. Marian Licha is an excellent actress and her portrayal of Frida Kahlo was vivid and exciting. The show was wonderfully entertaining and a great introduction to a wonderful woman artist.”

“Marian Licha’s warmth and vivacity on stage make her a joy to watch.” 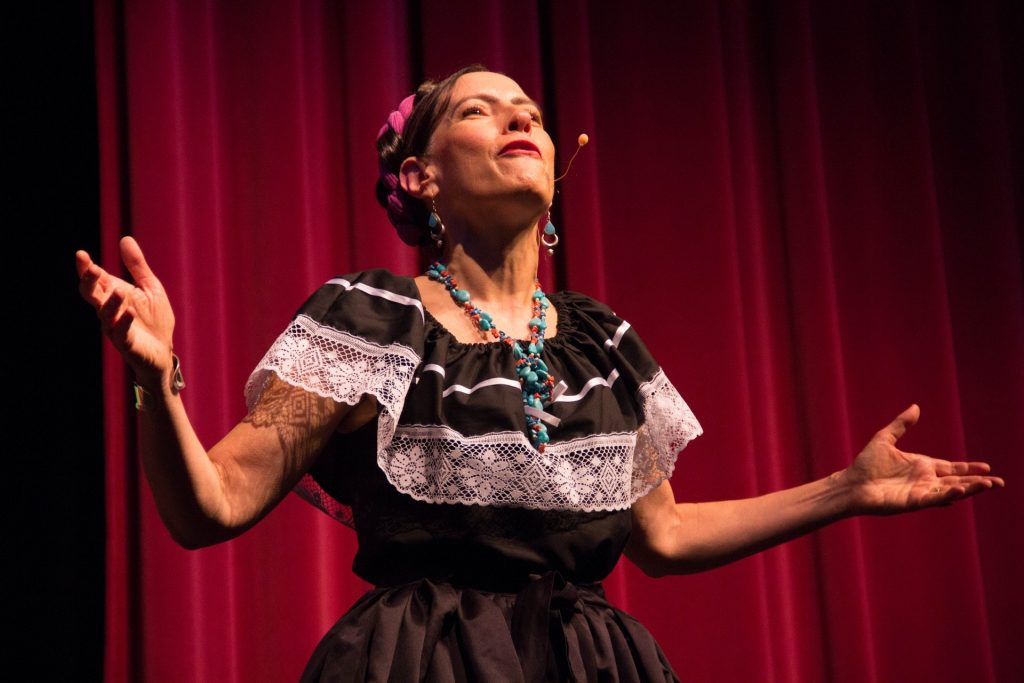 “On the basis of their titles, some productions arrive with a high curiosity…‘Frida Vice-Versa’.”

“…solidly mounted ‘Frida Vice-Versa’ at the Touchstone Gallery was packed.”

“Licha immerses herself so completely in whatever role she happens to be playing at any given moment, she is so passionate and focused and intense, her right hand seems capable of debating with her left. And for the past three years, her obsession has been a solo show about the great Mexican painter Frida Kahlo.
The Puerto Rico-born Licha has long, slender bones and is taller that the diminutive Kahlo. Nor does the elegant actress have the famously thick eyebrows that formed nearly a straight black line across Kahlo’s forehead.
But when Licha’s chin tilts regally and her eyes flash, you instinctively inhale and push yourself back in your chair, as if to occupy as little space as possible. It’s the effect that Kahlo herself must have had on the students at La Esmerelda School of Art in Mexico City, where Kahlo taught for a time and where the show is set.
Early in Frida Vice-Versa, Kahlo pronounces grandly in her salsaflavored accent: ‘I can’t teach art. I can only teach life’. And you believe her.” 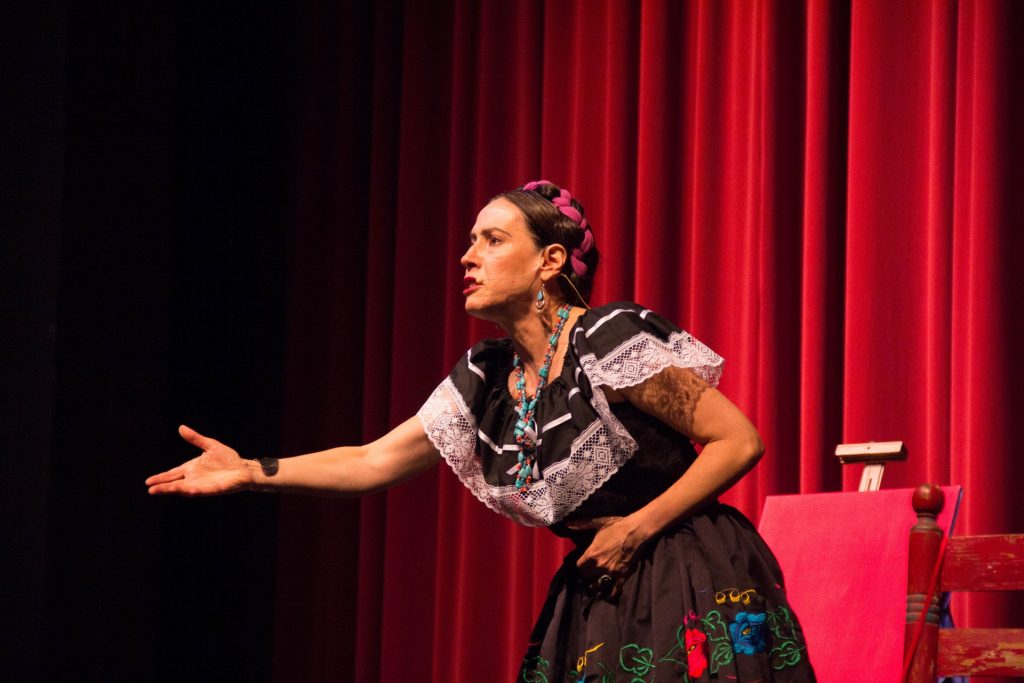 “Shows at the Fringe can include more traditional fare but still not something you’d see at the Shakespeare Theater. One of those offerings is ‘Frida Vice-Versa’.”

REVIEWS for "Destiny of Desire."

“…heartily embraced by the excellent cast.”

This is an incredibly solid cast. As mentioned before, they remain supportive throughout the show, and interact with one another with polished ease. Most of all, they look like they are having a tremendously good time.They dance in between scenes, cheer when someone sings a particularly powerful note. What’s not to love about a cast whose energy is as electric and carefree as this one? 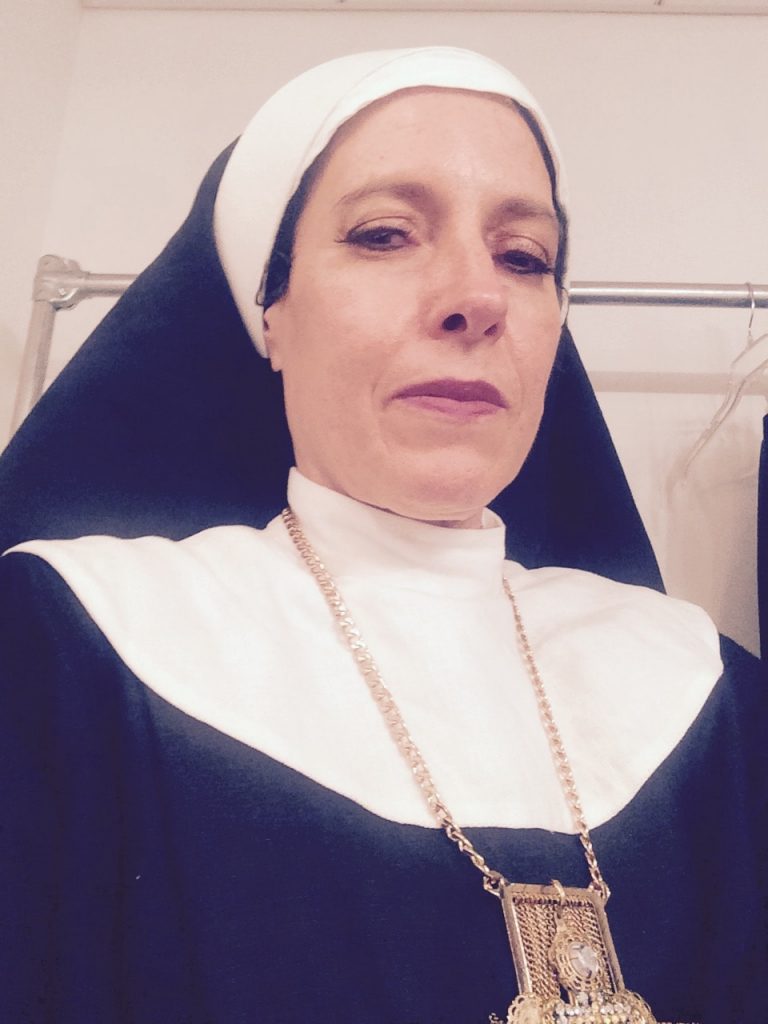 REVIEWS for "Anna in the Tropics." 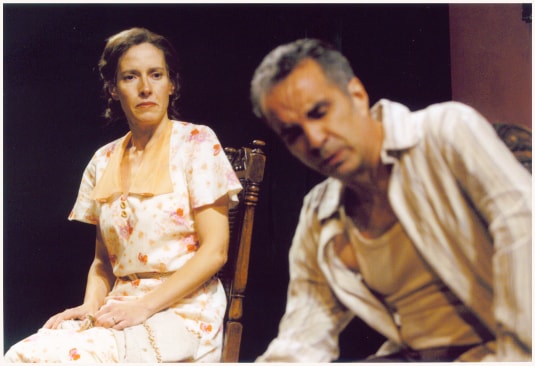 “Marian Licha proves to be an older woman of both dignity and abandon as Ofelia.”

“Marian Licha is marvelous in the role finding its moments of humor and capturing its undercurrent of concern.”

“Marian Licha as Ofelia displays a great depth in a character that is one part matriarch and one part temptress.”

The most memorable performances, though, are by …. and Marian Licha as Sister Sonia, the nun who will stop at nothing to set things right. Licha brings the calm, unsettling confidence of a woman hell bent on revenge, which is a thrill to watch.

Another standout is Marian Licha, who gives her pious Sister Sonia, Fabiola’s moral counterpoint, a scene-stealing gravitas and displays a talent for making her one-liners zing. But Licha is also nuanced. Her Sonia serves not just as witness to the chaos of human frailty, but also a deadpan foil for much of its humor.

Marian Licha is likewise terrific in the somewhat complicated role of Sister Sonia, who abets the switch of babies at the beginning but then becomes the moral voice of the play. This actress and her character crack open the mold of stereotype. From the first moment of the play when she is playing the actress in the studio who has to “hand over” her costume to the reigning diva spitting darts of fire her way (Fernandez-Coffey,) she complies but with such smoldering strength that she plants the seeds that this is a woman to be reckoned with at a later date. Whether she’s on a mic or presiding at a wedding, this “nun” is someone who always makes sense of every action.

Kahlo’s obsession with mortality is not a mystery, as illness, severe pain and the threat of death repeatedly imposed themselves on her young life.